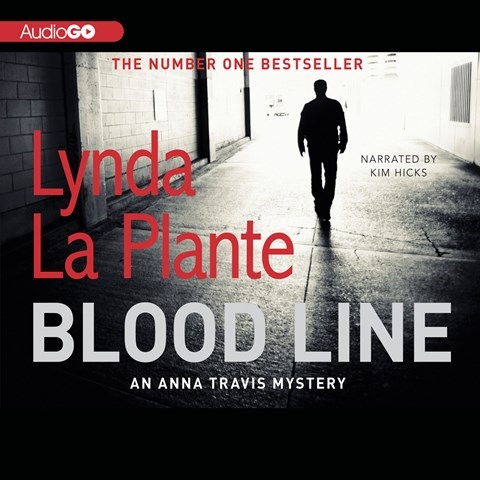 This treasure is a true whodunit that will keep the listener guessing who killed the closeted gay drug-dealing surfer. Was it his fiancée? His boyfriend? His drug contact? And, more to the point, is the victim really Alan Rawlins? Or is Alan the killer? With a delightful British accent, Kim Hicks leads the listener through the process of uncovering the truth of the bizarre series of events. She also does a great Jamaican bodyguard and a hard-nosed boss and amuses Americans by pronouncing garage as “GARage” and migraine as “MEgraine” and talking about car parks (parking garages) and caravans (RVs). Hicks communicates the frustration and determination of Detective Anna Travis as she tries to solve the case and prove herself a capable investigator in this perfectly performed novel. M.S. Winner of AudioFile Earphones Award © AudioFile 2012, Portland, Maine [Published: AUGUST 2012]