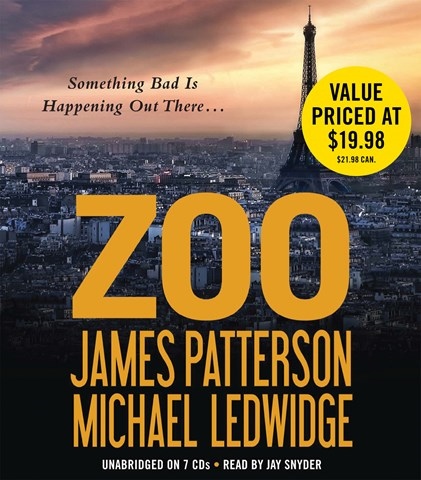 The unlikely premise of Patterson’s book is that people produce scents from their glands that cause animals to swarm and attack humans. The new pheromone, the result of electromagnetic radiation that “cooks” environmental carbons, is caused by the overuse of cell phones and electricity. Jay Snyder’s competent reading style can’t save this unbelievable, tedious story, which meanders without continuity or sense. Snyder does capture the fearful events of humans under attack by snapping crocodiles, gorillas, chimps, and horrible ants, yet his delivery can’t compensate for a disjointed narrative that doesn’t make sense. G.D.W. © AudioFile 2012, Portland, Maine [Published: OCTOBER 2012]