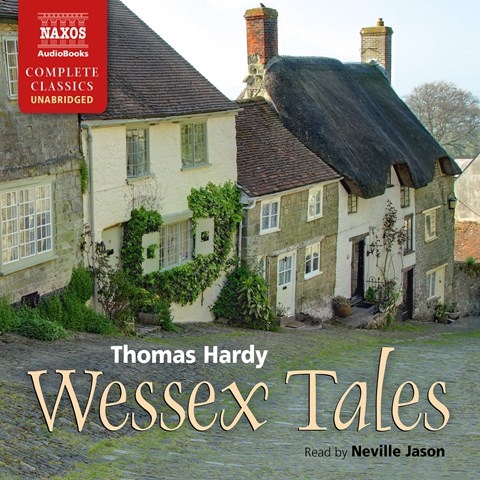 In Hardy's first collection of short stories he presents the region of Dorset in the 1880s—the lives of its people, as well as their beliefs and superstitions. Narrator Neville Jason beautifully conveys the rich depictions of people and place, including regional and historical speech patterns and characters of varying ages and stations. Romance and family life are often Hardy's focus. Many of the men fall in love with love and propose to many women, or the same one often, only to be repeatedly rebuffed. In one standout story, a married woman falls in love with a poet she's never met, a situation that ends in a double tragedy. In another story, the celebration of a baby's birth is so well rendered that listeners will feel they’re there. S.G.B. © AudioFile 2012, Portland, Maine [Published: AUGUST 2012]