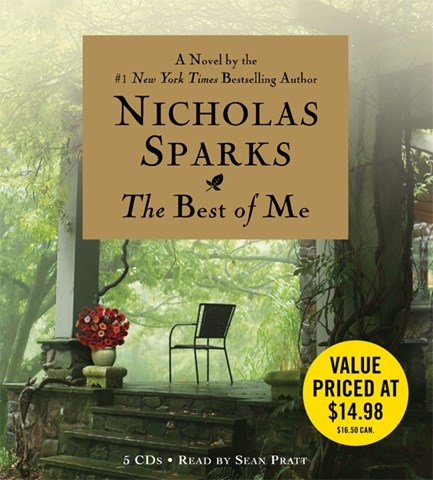 THE BEST OF ME

Sean Pratt delivers an unrushed, dramatic performance in THE BEST OF ME. Down-on-his-luck Dawson Cole bumps into his old flame Amanda Collier when they both return to the town of Oriental for the funeral of their friend and mentor. Pratt’s portrayal of Dawson and Amanda ebbs and flows from repressed to unrestrained as the two rediscover their love for each other and battle circumstances that keep them apart. Pratt brings to life the beauty and tragedy in the star-crossed lovers’ lives through his animated voice. He captures the characters’ full-bodied enthusiasm and almost breathless sorrow. Further, his impeccable pacing accentuates the suspenseful and paranormal aspects of the plot. M.F. © AudioFile 2012, Portland, Maine [Published: AUGUST 2012]