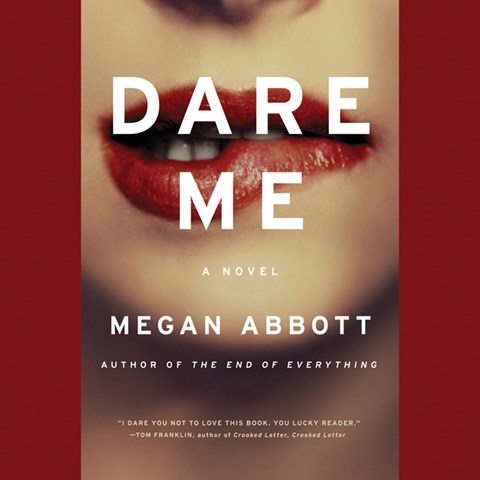 DARE ME provides a shocking glimpse at the dark side of American girls and the culture of high school cheering. Narrator Khristine Hvam compellingly portrays Addy, the main character and "lieutenant" to Beth, a popular girl who dominates everyone she encounters. Vocal distinction is also given to the bevy of cheerleaders and to the only major adult figure in the girls' circle, Coach Collette French. A suicide—or was it murder—touches the girls as the story recounts the drastic lengths to which they go to maintain their social status. The picture is anything but uplifting. Nonetheless, this portrait of American teen culture, with its cell phones, instant photos, texting, and intense focus on being slim, should attract many young female listeners. S.G.B. © AudioFile 2012, Portland, Maine [Published: AUGUST 2012]