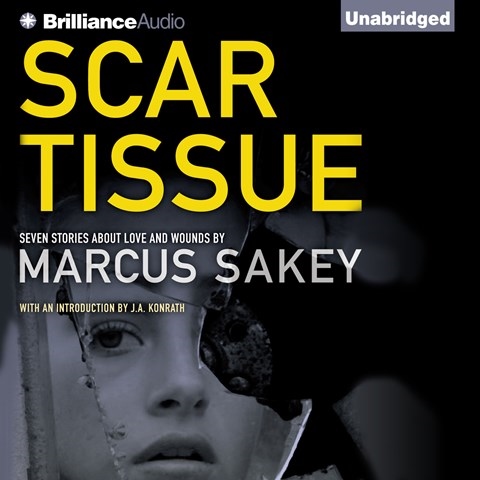 Author-narrated titles can be hit or miss. This one hits the bull’s-eye. Bestselling crime novelist Marcus Sakey delivers the seven stories in this collection, bringing out their powerful images and psychological complexities with an intense yet conversational narration. Each unique story examines the dark and human sides of issues such as the aftermath of war in the story of an Iraq war veteran, capitalism in the one about the dot-com era, and the unconditional love of a parent in the story about a father recently released from prison. Sakey’s skillful approach to pacing and emphasis draws listeners into the scattered pieces of each protagonist’s grim reality and emotional world. In a short story, every word matters. Sakey delivers on each one. K.C.R. Winner of AudioFile Earphones Award © AudioFile 2012, Portland, Maine [Published: OCTOBER 2012]