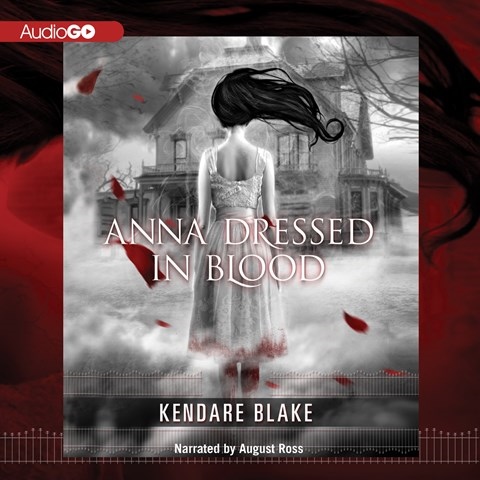 Theseus Cassio Lowood's extracurricular activities include ghost hunting and tracking down his father's demonic killer. Narrator August Ross's voice reflects Cas's youthful inexperience as he travels to Thunder Bay, Ontario, to exorcise "Anna Dressed in Blood," a ghost who is out for vengeance. Ross uses a spectral-sounding bass for Anna that matches her ghostly presence. But his secondary voices are campy, not creepy, and when Cas and his friends face a supernatural massacre, the scenes sound artificial rather than horrific. The narration lacks fluid phrasing and a sense of timing. The unlikely romance of Cas and Anna also deserves more care in its narration. Overall, a more confident narration could have smoothed out some plot clichés and better evoked its delicious gruesomeness. C.A. © AudioFile 2013, Portland, Maine [Published: NOVEMBER 2013]