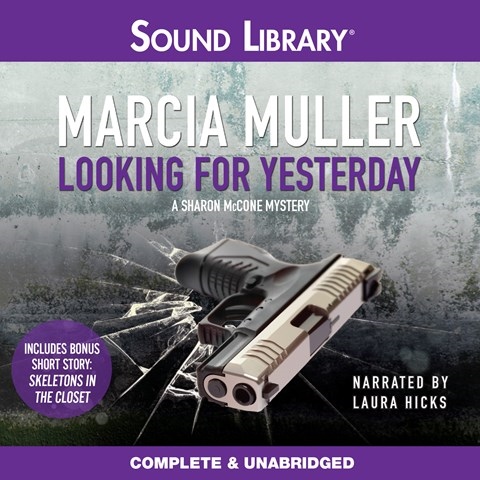 Caro Warrick, who was accused of murder and then exonerated, hires P.I. Sharon McCone to prove she's innocent. The next day Warrick is murdered. As McCone digs into Warrick's life, she soon finds herself a target for murder. In a gravelly voice, Laura Hicks narrates slowly and steadily through McCone's investigation, dodging bullets and sorting out clues. With clearly enunciated words and phrases, Hicks capably differentiates between the narrative the sharp-eyed, soft-hearted McCone her male operatives and colleagues and the handful of shifty suspects. The book stands on its own as it contains enough backstory to bring new listeners up to speed. And Hicks's professional performance will tempt new listeners to consider enjoying the whole series. M.B.K. © AudioFile 2012, Portland, Maine [Published: DECEMBER 2012]