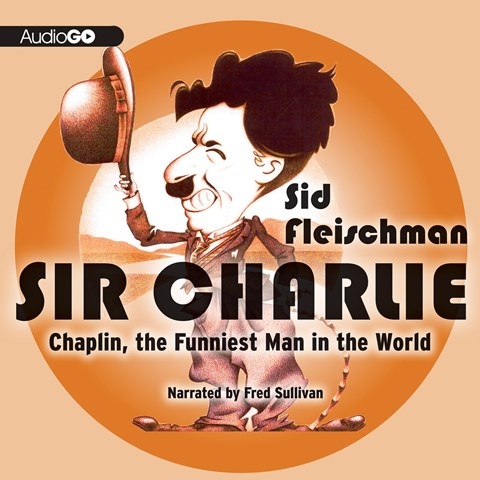 SIR CHARLIE Chaplin, the Funniest Man in the World

Fred Sullivan instantly creates an emotionally engaging connection with the listener in this eye-opening and affectionate biography of Charlie Chaplin for children. Sullivan’s soft-spoken voice reveals the bittersweet sources of inspiration for Chaplin’s famous moves, such as the stumbling modeled by his drunkard father. Well-placed pauses emphasize the moments of heartache, tenderness, and joy as Chaplin is repeatedly separated from and reunited with his brother and beloved mother. Sullivan’s deft timing is best seen in his narration of Chaplin’s intricately choreographed and often slapstick sequences, which make Chaplin’s every flick of the wrist and facial expression easy to visualize. M.F. Winner of AudioFile Earphones Award © AudioFile 2012, Portland, Maine [Published: DECEMBER 2012]