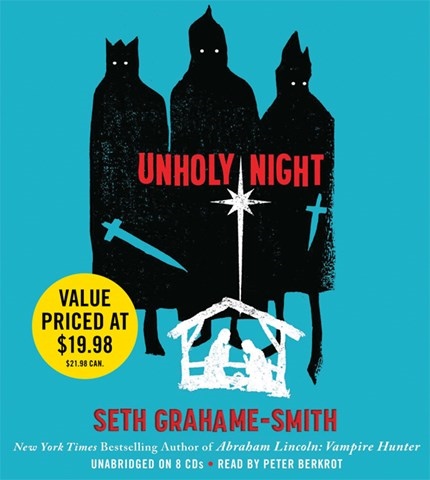 The story of Jesus's birth is told from a revisionist perspective. Life in ancient Judea was hard, dirty, and cheap, and thieves were common. In this book, Balthazar, Melchior, and Gaspar aren't kingly wise men who worship the infant Christ but thieves who escape Herod's prison and end up on the run with Joseph, Mary, and their baby. Narrator Peter Berkrot has a rough-and-tumble yet conspiratorial voice that perfectly fits the book's frequent violence. Even as he's savoring the earthy language, he softens his tone to help keep the atrocities at arm's length. The text is not irreverent, and Berkrot's narration is deft and engaging. G.D. © AudioFile 2013, Portland, Maine [Published: APRIL 2013]