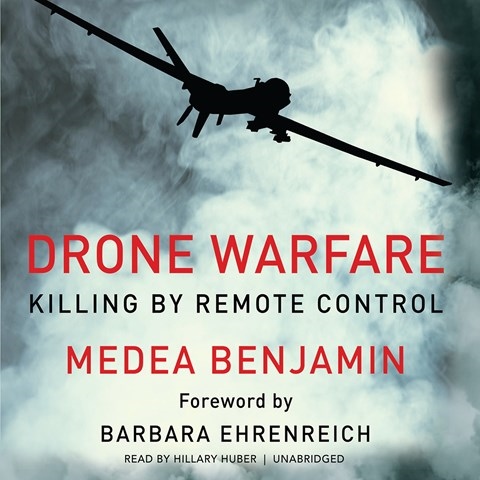 Military drones have been in the news lately, with the Obama administration issuing rules on when they can be used to kill suspected terrorists. This book reminds us that they were also an issue in 2002, not long after the invasion of Afghanistan. The author’s visit to that country is the impetus behind this work. Narrator Hillary Huber presents the book in an intelligent, straightforward manner. She has a clear, somewhat low voice, and she’s able to stretch it to emphasize key points with authority. There are times when Huber loses some of her consistency, which results in her trailing off at the ends of sentences, going too long without pausing, and not enunciating certain words. These are not major deficiencies, but they do detract from the overall quality of her reading. R.I.G. © AudioFile 2013, Portland, Maine [Published: APRIL 2013]