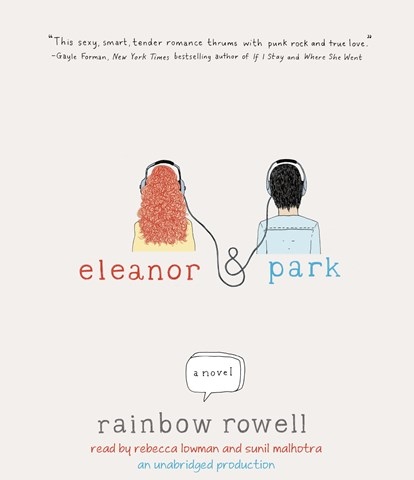 Two narrators tell the nuanced story of an unlikely first love. The actors excel at differentiating the multiple shifting viewpoints within each chapter of the story. More importantly, they give full voice to the inner feelings and outer expressions of Eleanor and Park and the interplay that depicts their tender relationship. Sunil Malhotra’s neutral conversational tones portray the stability and comfort Park gives Eleanor, a young woman who is tormented by her mercurial stepfather. Malhotra shows Park’s internal swings from self-deprecation at his awkwardness to the heightened emotions of his extreme feelings. Rebecca Lowman portrays the defiant, witty comments that belie Eleanor’s fears. In particular, Lowman expresses Eleanor’s longing for a safe haven and her determined resilience. The poignant story ends on an emotional crescendo. S.W. Winner of AudioFile Earphones Award, 2014 Audies Finalist © AudioFile 2013, Portland, Maine [Published: APRIL 2013]