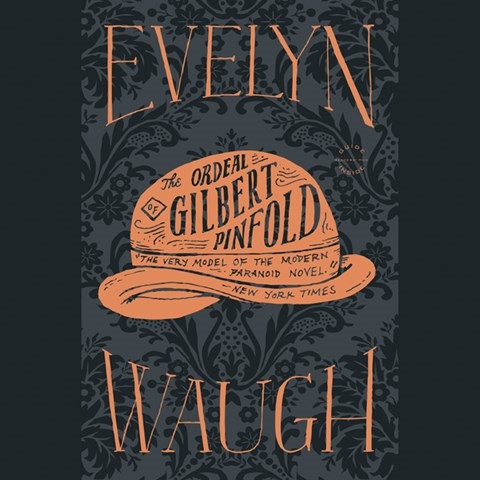 THE ORDEAL OF GILBERT PINFOLD

The hallucinogenic visions that novelist Gilbert Pinfold experiences are an ideal canvas for a skilled performer like Simon Prebble. British recluse Pinfold self-medicates with a dangerous cocktail of chemicals to keep insomnia, gout, and other infirmities at bay. But he's unaware that much of what he hears is illusion. On a healing cruise (he hopes) to Ceylon, Pinfold hears a vast range of sounds emanating from the ceiling of his cabin, including frighteningly belligerent and abusive dialogues that Prebble adroitly delivers. As Pinfold is driven to paranoid madness, the ship's other passengers puzzle over his reports of torture of the ship's crew, wild jazz performances, whispered rebellion, erotic assignations, abusive gossip pinpointing him, and dastardly schemes. Waugh's descriptive powers and dry wit glow in this dark, and sometimes funny, self-portrait. A.W. © AudioFile 2013, Portland, Maine [Published: MAY 2013]