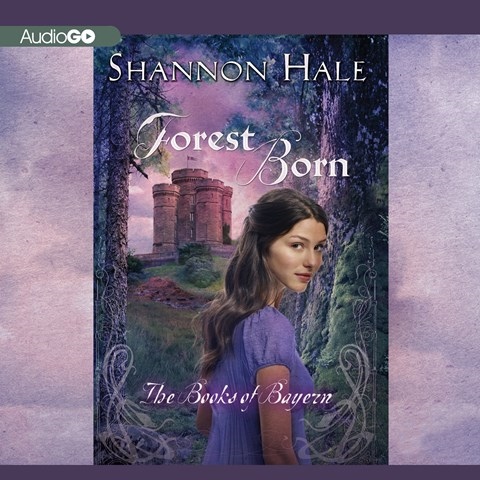 by Shannon Hale | Read by a Full Cast

This full-cast production enhances Hale’s engrossing story as the fantasy world of Bayern continues. Rin loves her forest home, but she follows her brother, Razo, to the city when her magical powers swirl out of control. Along with the queen and her magical friends, Rin confronts a vicious traitor. Especially noteworthy performances come from narrators Camille Cady-McCrea as Rin and Terry LeCass as Razo. While maintaining a measured pace, Cady-McCrea ably conveys Rin’s internal conflict. LeCass cleverly portrays Razo, whose ridiculous posturing and wiseacre personality create a good foil to the serious Rin. Production shows an equally high standard. In particular, the sound effect used for Rin’s thoughts is subtle, and twists of music seamlessly connect story segments. C.A. Winner of AudioFile Earphones Award © AudioFile 2013, Portland, Maine [Published: MAY 2013]