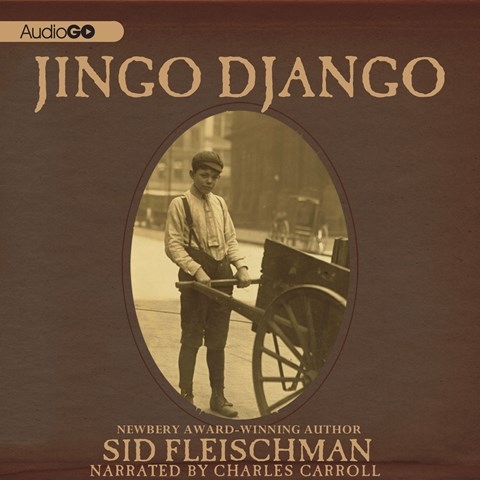 Jingo Hawks is abandoned by his father at Boston's Beneficent Orphan House, run by the nasty Mrs. Daggatt. Soon Jingo is sold to a greedy man to work as a chimney sweep. Narrator Charles Carroll takes listeners on a spirited journey as feisty Jingo joins a band of gypsies, and listeners learn Romani words and lore. Carroll also beautifully renders the kindness of the gypsies when they first encounter a dispirited Jingo who is down on his luck. Then Mr. Peacock-Hemlock-Jones--who sounds much like his colorful name, thanks to Carroll's skill at creating accents--takes Jingo under his wing. The moving conclusion reveals much about Jingo's elusive father. A fun historical adventure story both entertains and educates. S.G.B. © AudioFile 2013, Portland, Maine [Published: APRIL 2013]