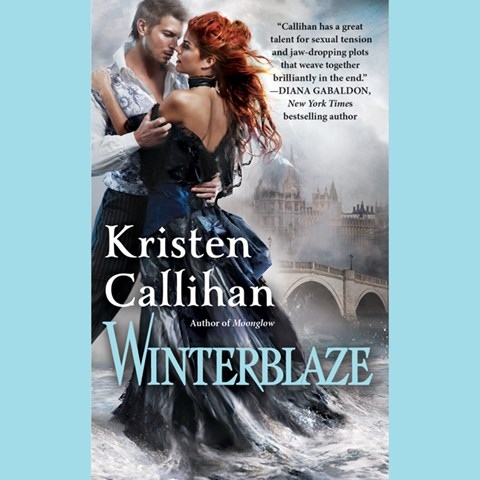 Moira Quirk’s mastery of the Darkest London series continues with this third installment. When Poppy Lane’s husband, Winston, is attacked by a werewolf and he learns his wife is a member of the secret Society for the Suppression of Supernaturals, their marriage is nearly destroyed. However, with a fearsome dark power threatening, there’s no choice but for Poppy and Win to unite—and hope their love will be strong enough to save them. Moira Quirk’s expertise with this imaginative paranormal series is evident as she brings each scene to vibrant life and provides a distinct voice for each character. She skillfully conveys the tension between Win and Poppy, making each of their encounters moving and exciting. This is an immersive story to be savored. B.E.K. © AudioFile 2013, Portland, Maine [Published: JUNE 2013]