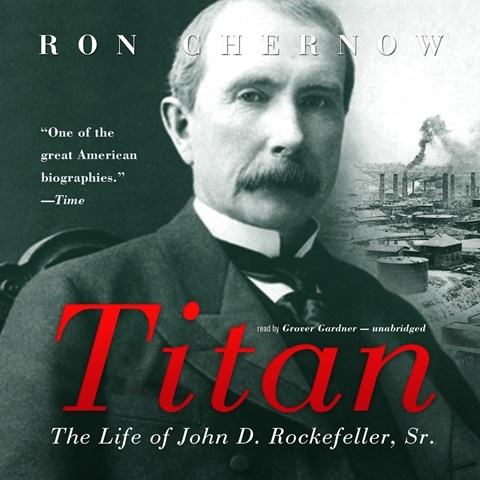 Most people think of the founder of Standard Oil as a cold, heartless capitalist who cared for nothing but money and destroying the competition. This biography acknowledges Rockefeller’s dark side but also tries to show him as a man whose generosity still shapes our world. Narrator Grover Gardner’s deep, resonant voice is a wonderful accompaniment to the story of this Gilded Age robber baron. Gardner’s tone and inflection bring to mind the mahogany-paneled clubs that were the refuges of the nineteenth-century corporate elite, and he especially excels when reading quotes from the leaders who lived during that era. It’s an elite performance without a hint of elitism, and, as Rockefeller himself surely would say, merits the investment in time and money. R.I.G. © AudioFile 2013, Portland, Maine [Published: SEPTEMBER 2013]