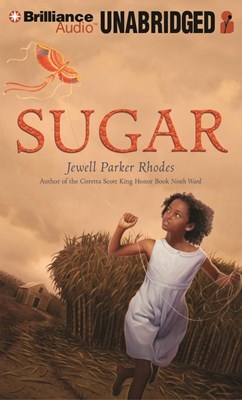 On a Louisiana plantation during Reconstruction, 10-year-old Sugar challenges the limits of freedom and the meaning of family as she befriends the owner's son as well as the recently arrived Chinese laborers. Narrator Bahni Turpin is a master of capturing emotion, making her a perfect fit for this coming-of-age story set during changing times. Simultaneously sensitive and rambunctious, Turpin's portrayal of Sugar is magnetic. Her high-pitched voice, smoothed by a Southern accent, propels the story forward. African and Chinese folklore figure prominently in the story, and Turpin is mindful of how timing and inflection make all the difference in the story’s moral revelations. A.S. 2014 Audies Finalist © AudioFile 2013, Portland, Maine [Published: JULY 2013]