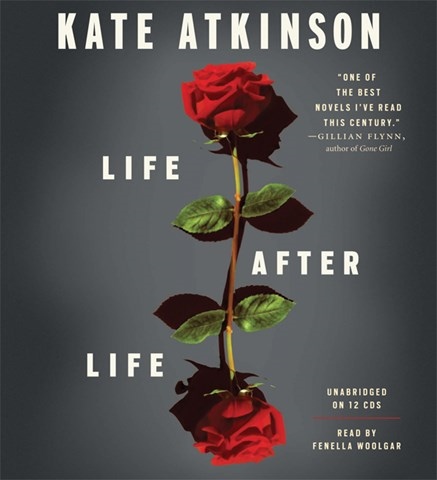 Kate Atkinson’s hugely ambitious novel is set amid the World Wars of the twentieth century. Its protagonist, Ursula Todd, dies while being born but is given the opportunity to live her life over and over until she finally gets it right. Narrator Fenella Woolgar is given the unenviable task of guiding listeners through the complexities of Ursula’s many attempts at life, and she manages to do it with incredible success. Woolgar’s narration, along with the production’s editing and direction, ensures that a potentially confusing story is remarkably easy to follow. Woolgar also flawlessly switches between British, American, French, and German accents, making LIFE AFTER LIFE a truly rich experience that listeners will not soon forget. J.L.K. Winner of AudioFile Earphones Award © AudioFile 2013, Portland, Maine [Published: APRIL 2013]