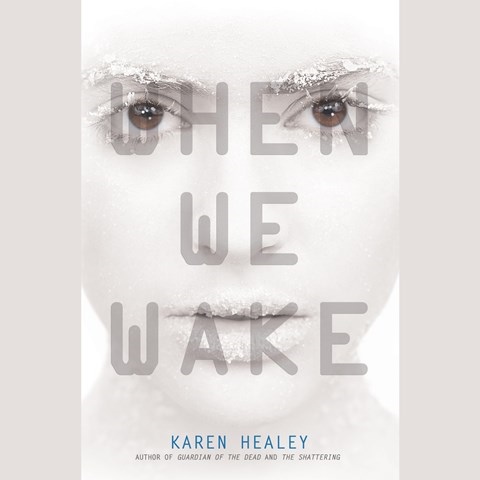 The audiobook world is littered with cringe-worthy attempts at an Australian accent. Clearly, it's difficult for non-Australians to create an authentic voice. Leslie Bellair is a rare success as she nails the cadence, flattens her vowels, and drops her final syllables. In 2027 young Australian Tegan Oglietti is killed at a rally on climate change. She wakes up 100 years later as the first frozen and successfully revived person. It's a whole new world she must adjust to while figuring out what her responsibility is to science and the government. Bellair successfully channels the complicated emotions of a likable teenager full of generosity, a sense of social justice, and flashes of immature anger. (She tells Australians to "be better" in a television interview.) It's an immensely entertaining performance. A.B. © AudioFile 2013, Portland, Maine [Published: JULY 2013]