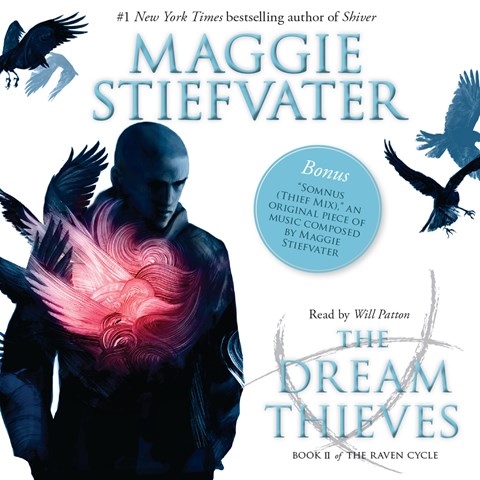 Will Patton’s narration enriches this contemporary fantasy, helping to provide verisimilitude to the setting of Henrietta, Virginia, a town steeped in magic and mystery. His drawl adds authenticity as he hints at the social divide between the prep school boys and those less fortunate. And his softened tones add to the suspense as the crew of boys and their female companion, Blue, continue their search for the mythic sleeping king of Wales. Particularly noteworthy is Patton’s portrayal of Ronan, a dark character who dreams objects into reality and explores his murky past. In addition, the menace in Patton’s voice makes the Gray Man all the more intimidating. As Stiefvater’s series continues to develop, Patton enhances both its characters and plot. S.W. Winner of AudioFile Earphones Award © AudioFile 2013, Portland, Maine [Published: AUGUST 2013]