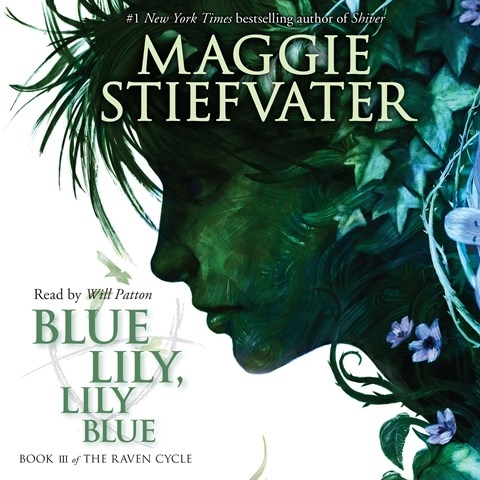 Include this audiobook from author Maggie Stiefvater and narrator Will Patton in your 2014 top-10 listening list. The story tells the next installment in Gansey’s quest to wake an ancient Welsh king, aided by his prescient friends Ronan, Adam, Noah, and Blue. Patton masterfully wends through Stiefvater’s mercurial plot, following the line of a story that consistently takes surprising turns. In Stiefvater’s writing, Patton encounters some breathtaking language, which he matches with a delivery that makes every phrase extraordinary. There’s a rolling rhythm to it not unlike Gansey’s beloved Virginia hills, which are bursting at the seams with myth and magic. Patton captures Stiefvater’s depictions of frail and temporary mortal life while nailing her clever humor. Don’t miss this one. C.A. Winner of AudioFile Earphones Award © AudioFile 2014, Portland, Maine [Published: DECEMBER 2014]