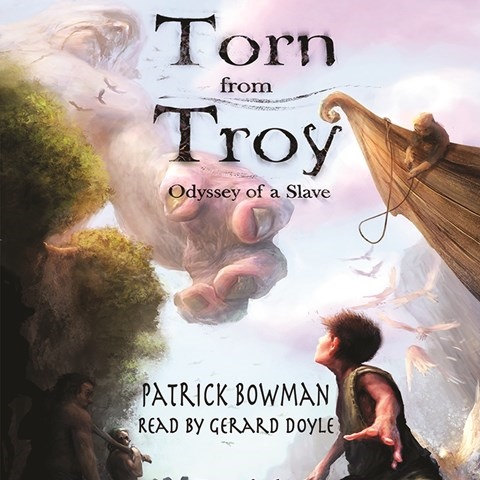 TORN FROM TROY Odyssey of a Slave, Book 1

Some narrators have an intangible star quality. Their voices say, “Listen to me! I have a wonderful story to tell.” Gerard Doyle is such a narrator. His facility for accents and characterizations and his ability to set time and place by just the slightest vocal nuance make it almost impossible not to listen to him. The morning after the Greek invasion of Troy via the Trojan horse, 15-year-old Alexi is enslaved by Odysseus and brought aboard his ship. With a slave’s vision of the legendary heroes, Alexi tells of the ship’s foundering, of coming ashore to the land of the Lotus-Eaters, and of meeting the monstrous Cyclops, who likes the taste of Greeks. A delightfully original introduction to Homer’s ODYSSEY, read by a master craftsman. S.J.H. Winner of AudioFile Earphones Award, SYNC 2014 © AudioFile 2013, Portland, Maine [Published: JUNE 2013]