Home»Reviews»CURSED BY THE SEA GOD 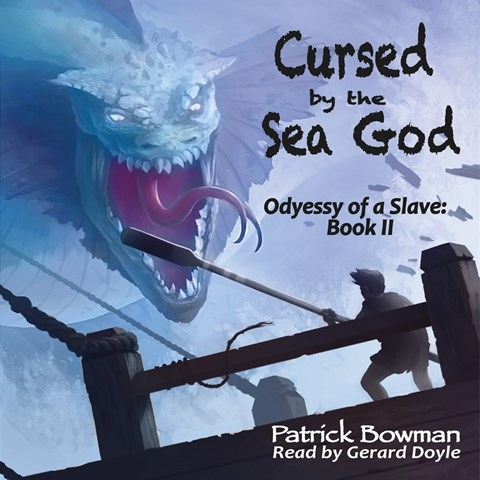 CURSED BY THE SEA GOD Odyssey of a Slave, Book 2

The listener knows immediately that Lopex (Odysseus) is in charge of the ship PELAGIOS and its crew. His innate ability to lead reverberates from the booming voice of narrator Gerard Doyle as he commands the men of Ithaca on their journey home. The story is told from the perspective of a captured Trojan boy, Alexi, whose healing abilities make him a valuable slave. Danger and wonder await the crew as they encounter powerful characters, such as the lisping King Aeolus, who casually commands the winds, and sweetly enticing-sounding Circe, who can lull even the strongest of men into a false sense of security. The disdainful tone of the ship’s second-in-command, Yuri, is unmistakable as he mercilessly taunts Alexi. This second in Bowman’s mythological series will entrance both boys and girls. M.F.T. © AudioFile 2013, Portland, Maine [Published: NOVEMBER 2013]