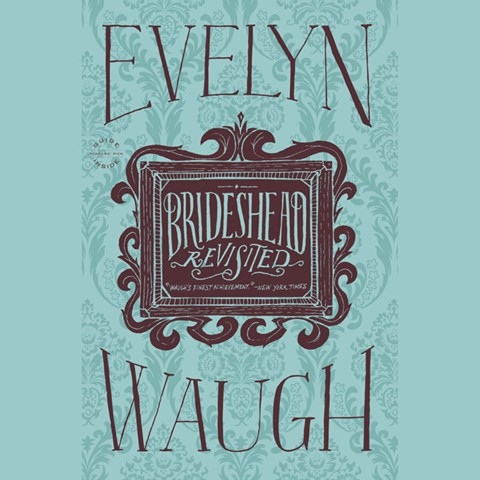 Charles Ryder's attachment to the irresistible Sebastian Flyte during their idyllic days at Oxford and his subsequent involvement in Sebastian's captivating family lead to a series of tragic encounters in Waugh's novel of moral disillusionment. Jeremy Irons is Charles Ryder to anyone who has had the privilege of seeing the PBS adaptation of this well-known work. Irons's total familiarity with the story reveals itself in a flawless portrayal of a wide range of familiar, complex characters who include the manipulative Lady Marchmain, the elusive Julia, and the wildly outrageous Anthony Blanche. The spellbinding narration convincingly conveys the novel's suffocating atmosphere and adds depth and focus to an outstanding audio production. J.A. Winner of AUDIOFILE Earphones Award ©AudioFile, Portland, Maine [Published: SEPT 92]