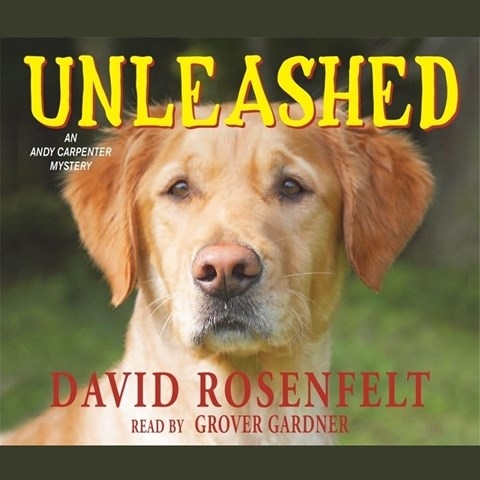 Being independently wealthy, attorney Andy Carpenter doesn't take on clients lightly. Narrator Grover Gardner’s wry delivery reveals Andy's reluctant bemusement with his trade. Andy would prefer to direct his attention elsewhere, namely toward his lady and canine loves, but when his accountant needs help after hitting a dog with his car, Andy's all in. Unfortunately, that’s the first domino to fall in a series leading to murder and an assassination plot. Interspersed between Andy's first-person accounts are mysterious and threatening interludes, which Gardner delivers in a style that serves as a counterpoint to Andy's unflappability. Gardner's Andy is both charming and disarming, depending on what's needed. After all, he's a brilliant defense lawyer who enjoys the drama of the courtroom, despite its predication on clients and crimes. A.S. 2014 Audies Finalist © AudioFile 2013, Portland, Maine [Published: NOVEMBER 2013]