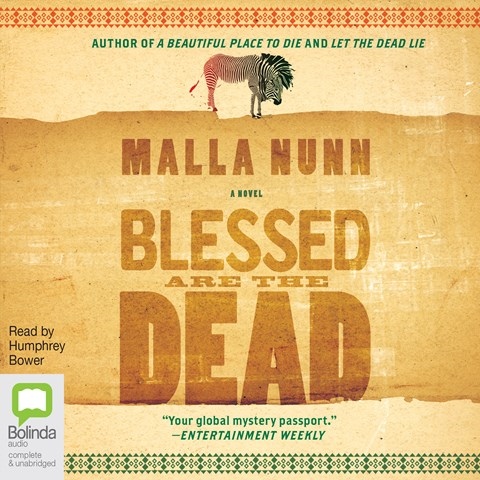 BLESSED ARE THE DEAD

Nunn’s newest detective fiction is set in apartheid South Africa. Humphrey Bower's portrayal of Detective Sergeant Emmanual Cooper and his Native Police partner, Constable Samuel Shabalala, is compelling as they investigate the murder of the 17-year-old daughter of a Zulu chief. Their investigation trespasses dangerously across the white and Boer farming communities and her Zulu clan. As if presenting the voices of the police, a German-Jewish doctor, a feral schoolboy, condescending Brit farmers, and Zulu warriors and wives is not challenge enough for the narrator, Detective Cooper is also haunted by the voice of his Scots WWII officer. Bower’s storytelling, rife with varying dialects, keeps listeners gripped by the clashes faced by this unlikely police duo who violate professional edicts and social taboos to ferret out the truth. D.P.D. © AudioFile 2014, Portland, Maine [Published: FEBRUARY 2014]