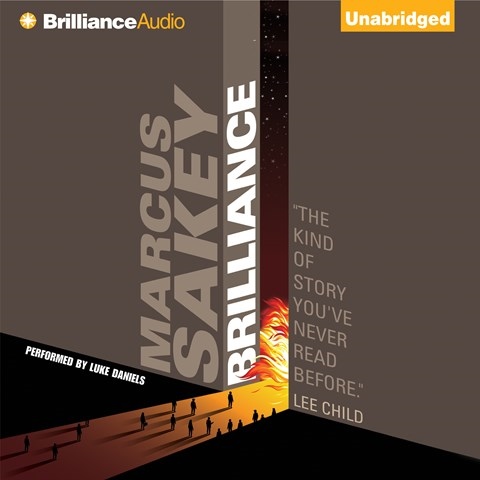 The country is on the brink of civil war between the Brilliants, the one percent of the population born with tremendous intellectual gifts, and the Normals, the other 99 percent. U.S. Department of Equitable Services Agent Nick Cooper uses his intellectual superpowers to hunt terrorist Brilliants and protect his family. Narrator Luke Daniels expertly brings this thriller to life. His portrayal of action scenes evokes movie-quality mental images. He skillfully uses the internal dialogue of the protagonist to add depth to Agent Cooper. Deftly applying shadings of character throughout, he simultaneously differentiates characters and imparts their personalities. This is a fast-paced thriller with an exhilarating performance to match. K.C.R. Winner of AudioFile Earphones Award © AudioFile 2013, Portland, Maine [Published: SEPTEMBER 2013]