Home»Reviews»FIFTH GRAVE PAST THE LIGHT 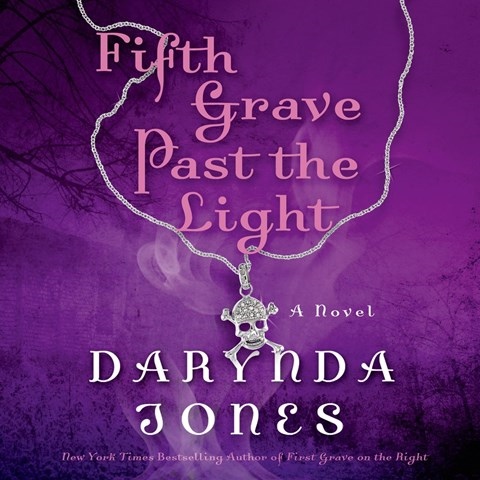 Lorelei King gives sardonic tones to Jones’s heroine, Charley Davidson. As a Grim Reaper, Charley is a vehicle through which the dead can move to the next spiritual plane—so when murdered dead women start popping up in her apartment, Charley realizes there’s a serial killer out there. Charley must ask for help from Reyes Farrow, the sexy son of Satan, who lives next door. King does wonders with Charley’s friends and cohorts, and she’s especially effective delivering Reyes’s deep, sultry voice, making Charley’s breathless giddiness utterly believable whenever he’s around. This paranormal romantic mystery is filled with earthly problems as well as the supernatural kind, and King’s performance makes it all great fun. S.J.H. © AudioFile 2013, Portland, Maine [Published: NOVEMBER 2013]