Home»Reviews»SIXTH GRAVE ON THE EDGE 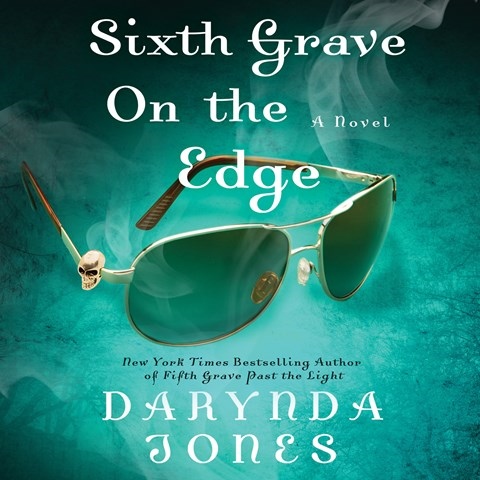 Narrator Lorelei King presents the next installment in Jones’s wacky paranormal series. Charley Davidson, Grim Reaper and part-time private eye, ponders saying yes to her demonic boyfriend’s marriage proposal even as she solves crimes and crosses dead souls into the light. King’s delivery is perfect for this quirky story and motley cast of characters. Her voices are slight caricatures, but that hyperbole highlights the over-the-top comedy. Her solid delivery enhances dialogue that relies heavily on Charley’s verbal digs and smooths over some awkward spots. This production is sure to attract new listeners as well as series fans. C.A. © AudioFile 2014, Portland, Maine [Published: JULY 2014]