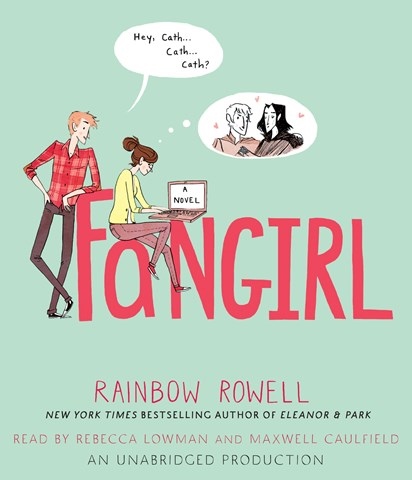 Narrator Rebecca Lowman creates another stunning portrayal in Cath, a fanfiction writer who deals better with her thousands of online friends than the real people who surround her during her first year of college. Lowman begins by expressing Cath’s snarky dialogue as well as her unvoiced fears about separating from her identical twin, caring for her emotionally fragile father, and adjusting to college life. Gradually, Lowman demonstrates Cath’s tentative warmth as she falls in love and begins to trust in others and in her own abilities. Narrator Maxwell Caulfield delivers periodic snippets of a Harry Potter-like series and fragments of Cath’s fanfiction. His crisp British tones provide exquisite contrast to Lowman’s more emotive narration. S.W. Winner of AudioFile Earphones Award © AudioFile 2013, Portland, Maine [Published: AUGUST 2013]