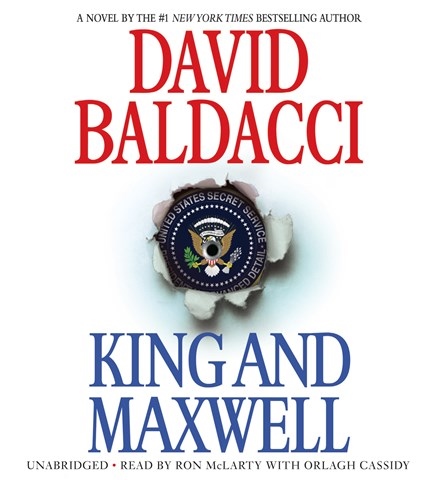 In this sixth outing for former Secret Service agents King and Maxwell, Orlagh Cassidy narrates all female roles, and and Ron McLarty voices the rest. The dual-narrator approach works well during the snappy dialogue between King and Maxwell but at other times seems superfluous. Maxwell steps in to help grieving teenager Tyler Wingo after his father's death in Afghanistan. When Tyler receives an email from his dad a day later, he hires the duo to find out the truth, but it seems everyone else is out to stop them at any cost. Some sound effects give the action scenes a comic-book quality, but this thriller isn't taking itself too seriously, so they just add to the fun. C.A.T. © AudioFile 2013, Portland, Maine [Published: DECEMBER 2013]