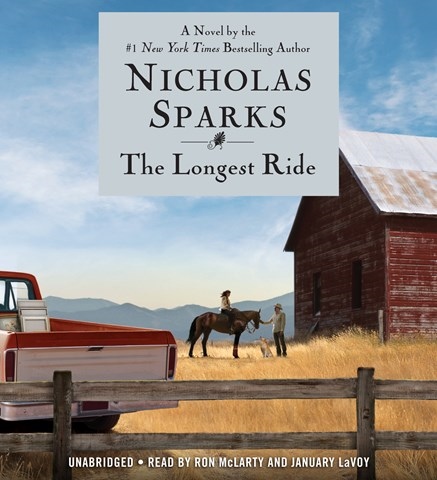 Nicholas Sparks’s redemptive, emotionally charged novel is an enjoyable change of pace for fans. Thanks to nuanced performances by Ron McLarty and January LaVoy, it’s also an instantly engrossing listening experience. When 91-year-old Ira Levinson drives off the road in a snowstorm, he has no one but his late wife to pass the long hours with while waiting for rescue. Meanwhile, miles away, Sophia Danko meets a cowboy who challenges her dreams of the future. Ron McLarty emphasizes Ira’s inner strength and growing fallibility while making the supporting cast immediately identifiable and intensely sympathetic. January LaVoy provides a steady, bright narration and compassionate characterizations that complement McLarty’s work beautifully, highlighting the differences in these characters' experiences even as they grow inexorably closer together. B.E.K. 2014 Audies Finalist © AudioFile 2013, Portland, Maine [Published: NOVEMBER 2013]