Home»Reviews»THE PLANTAGENETS: THE WARRIOR KINGS AND QUEENS WHO MADE ENGLAND 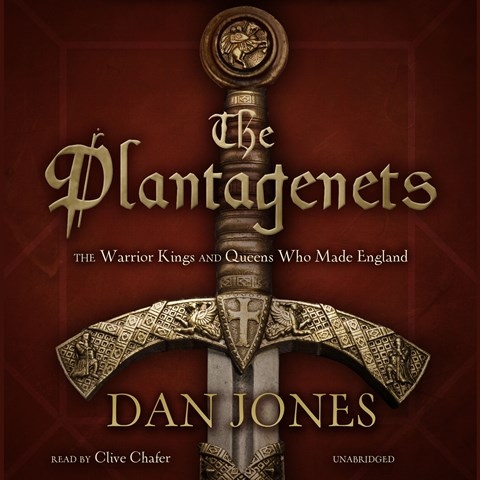 THE PLANTAGENETS: THE WARRIOR KINGS AND QUEENS WHO MADE ENGLAND

Jones’s thorough, complex, and extremely well-researched history examines many of the kings of England. Clive Chafer’s strong voice opens the narrative shortly before the ascension of the first Plantagenet, with the succession crisis that developed after the death of Henry I, and ends with the reign of Richard II, whose resignation sparked the Wars of the Roses. Chafer’s cadence is initially distracting but eventually fades into the background. Overall, he has a distinctive style that most listeners will either appreciate immediately or quickly come to do so. It is this effective style that helps him keep up the pace of this nearly 21-hour history and maintain listeners' interest throughout. J.L.K. © AudioFile 2013, Portland, Maine [Published: DECEMBER 2013]