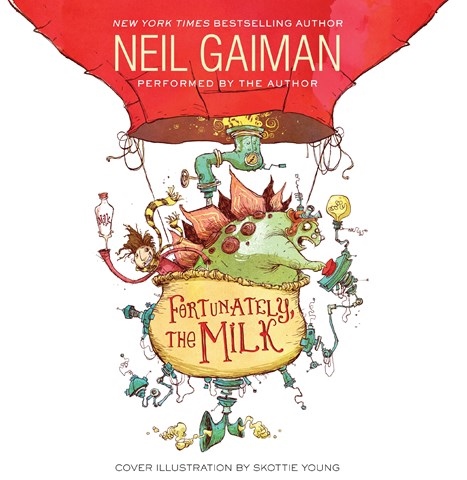 Did you know that Neil Gaiman can sound like a stegosaurus, a pirate, a volcano god, and even a bunch of green blobby aliens? Not only that, but he sounds like he's having an utter ball while he narrates, and it's impossible not to be swept up into the brilliant, batty fun. A father steps out at breakfast time to pick up some milk at the corner store, and when he takes rather a long time getting back with it, he offers his waiting children an explanation that's part HITCHHIKER'S GUIDE TO THE GALAXY, part DOCTOR WHO, and completely, deliciously, delightfully absurd. Gaiman IS that father enthusiastically sharing his improbable story, and giggles are guaranteed for all ages. J.M.D. © AudioFile 2013, Portland, Maine [Published: NOVEMBER 2013]