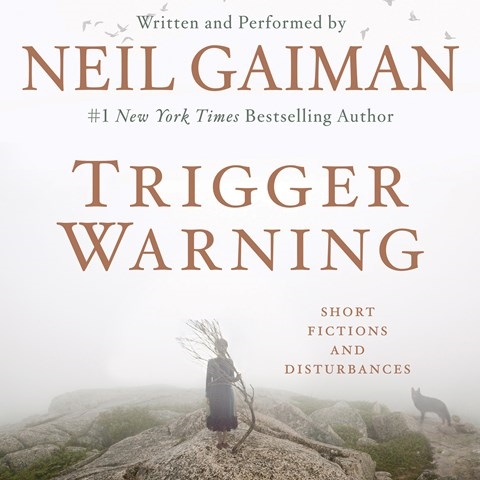 Not every author is also a talented narrator, but Neil Gaiman is succeeding at mastering the art. It's a pleasure to listen to him deliver his new collection of short stories. He's clearly enjoying himself, and listeners will be carried along with his good cheer. Gaiman's stories are almost always spooky, odd, and disquieting, and he narrates with tense concern, calm bravado, or quiet menace, as called for. He creates terrific Scottish and American accents and softens his tones for female characters, in particular performing convincingly as an elderly woman. The only quibble with this audiobook is its widely varying volume. When Gaiman drops his voice, it becomes so quiet that it can be hard to hear in a car--listening with headphones is best. G.D. © AudioFile 2015, Portland, Maine [Published: FEBRUARY 2015]