Home»Reviews»HOW TO TAME YOUR DUKE 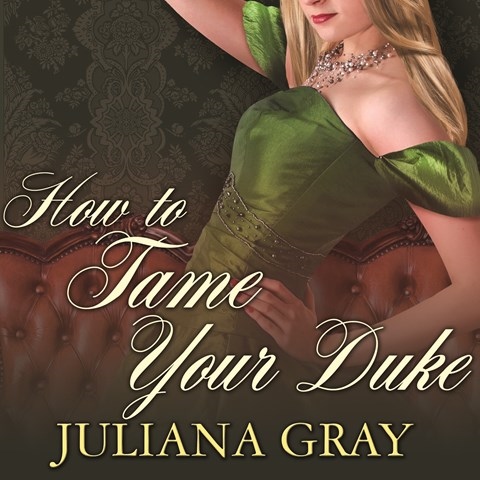 HOW TO TAME YOUR DUKE

Veida Dehmlow's convincing English accents, reflecting the highest-born aristocrats and the lowest-pub regulars, enchance a funny love story that is deliciously presented. When the king of a small Germanic country is assassinated, three princesses go into hiding to escape a similar fate. In this installment in the trilogy, Princess Emilie hides in plain sight as a tutor for the wild but lovable only son of the scarred and reclusive Duke of Ashland. Dehmlow smoothly transitions between characters whose voices are easily recognizable and perfectly portrayed. This engaging story, told beautifully by Dehmlow, will be savored by Gray's many fans. A.C.P. © AudioFile 2013, Portland, Maine [Published: DECEMBER 2013]