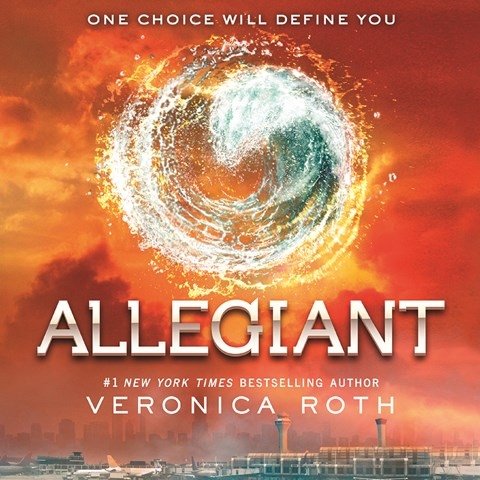 Narrators Emma Galvin and Aaron Stanford conclude Roth’s epic dystopian trilogy with alternating chapters from Tris and Tobias. As their city now exists in an uneasy state of détente between the factionless and those allegiant to the faction system, Tris and her friends attempt to avert impending civil war. Galvin’s portrayal of Tris remains nuanced and emotionally powerful. She conveys Tris’s reflections on duty and forgiveness with heartrending sincerity. Stanford’s gravelly voice captures Tobias’s controlled personality, but with that narrative choice he sacrifices Galvin’s emotional intensity for a more distant-sounding portrayal. Listeners should prepare for a drawn-out journey of loss and muted hope. C.A. © AudioFile 2013, Portland, Maine [Published: NOVEMBER 2013]