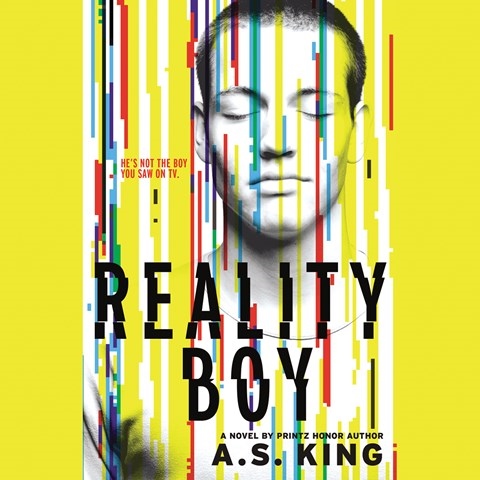 At the age of 5, Gerald became “the Crapper,” known for inappropriate defecating on a reality TV show that focused on his family. Narrator Michael Stellman portrays Gerald at age 17 with all his complicated layers. Gerald has been in anger management counseling for years. Stellman’s skillful narration melds the teen’s fury with confusion as he “wakes from his ten-year-old nap” to explore the causes of his extreme behavior. Stellman’s narration shifts rapidly and believably between flares and more subtle icy anger as Gerald realizes the effects of TV, his sociopathic sister, and living with a reputation unjustly earned at an early age. Stellman’s reading takes listeners below the surface to experience Gerald’s transformation and courage as he escapes isolation and abandons a comforting fantasy world to find real love. S.W. Winner of AudioFile Earphones Award © AudioFile 2014, Portland, Maine [Published: FEBRUARY 2014]