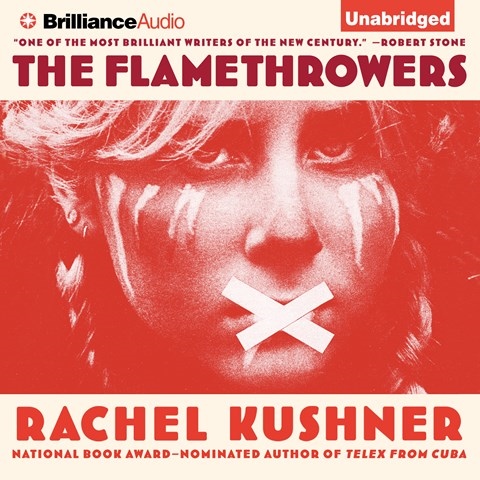 Christina Traister's narration reflects 21-year-old Reno's charged emotions as she moves to New York City and the 1970s Greenwich Village art scene. An aspiring artist, Reno comes from "reckless, unsentimental people," and she loves two things: drawing and speed. Reno falls for Sandro, the son of an Italian motorcycle manufacturer. Traister easily handles the flashbacks highlighting Sandro's father's life, from his childhood in Egypt to his horrific WWI experiences to the founding of his motorcycle empire. Traister's performance makes Kushner's superb prose credible, beautifully reflecting the art world and political upheavals of the period. FLAMETHROWERS was a finalist of the 2013 National Book Awards, as was Kushner's earlier work TELEX FROM CUBA in 2008. S.J.H. © AudioFile 2014, Portland, Maine [Published: FEBRUARY 2014]