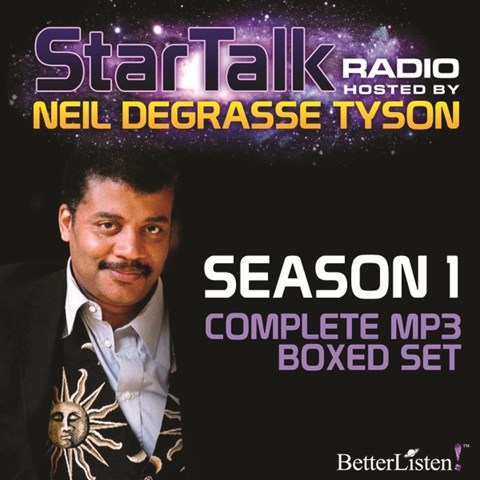 Collections of radio programs, such as these from "Star Talk Radio," about astronomy and outer space, are excellent for people with short commutes or who like to listen while running errands. Listeners can start and stop the programs with little loss of continuity and won't have to sit in the driveway waiting for the end of a chapter (or, in this case, episode). Scientist Neil deGrasse Tyson is a good host with an engaging style. However, his cohost, Lynne Koplitz, is uneven. Functioning as Everyman to Tyson's sage, her performance is often humorous but at other times distracting. The conversations are far more informative when Tyson's cohost is a guest scientist who can engage him in intelligent give-and-take. R.C.G. © AudioFile 2013, Portland, Maine [Published: DECEMBER 2013]