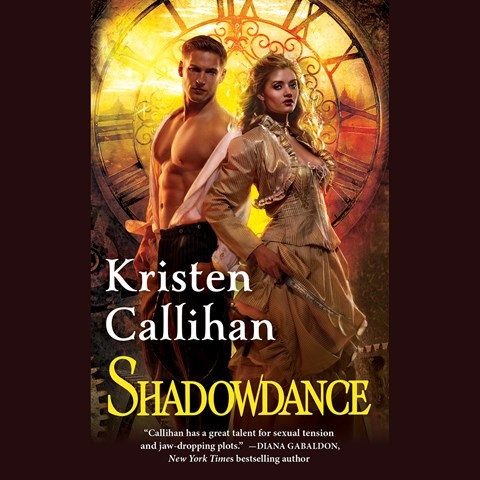 Kristen Callihan’s imaginative Darkest London series never disappoints, and Moira Quirk is the perfect narrator to bring each tension-filled scene to life. Mary Chase has been tasked by the Society for the Suppression of Supernaturals to hunt down a ruthless killer known as the Bishop of Charing Cross. She’s working alongside the mysterious, infuriating Jack Talent—a man who would do anything to make Mary his but whose secrets may put them both in deadly peril. Quirk manages the eccentric cast of characters with finesse, easily shifting accents and inflections and infusing her dialogue with emotion and urgency. The chemistry between the main characters is palpable, and the mystery elements are gripping, making this an irresistible listening experience for fans and newcomers alike. B.E.K. © AudioFile 2014, Portland, Maine [Published: APRIL 2014]