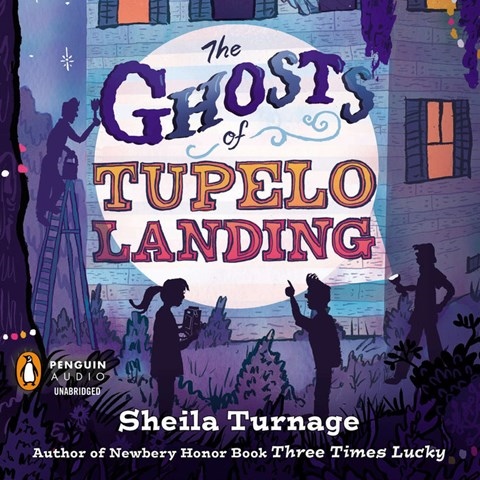 Lauren Fortgang delivers Southern accents as thick as Spanish moss for the host of quirky characters who inhabit Tupelo Landing, North Carolina. With customary impulsiveness, Mo LoBeau volunteers herself and her best friend, Dale, to interview the ghost who is haunting the Tupelo Inn. If they can't interview the ghost, they may fail sixth-grade history. Fortgang sometimes rushes Mo's first-person commentary, but her youthful, no-nonsense delivery is true to Mo's plucky character and is a perfect contrast to her huskier, unhurried presentation of Dale's amusing dialogue. Droll humor abounds, delivered with top-notch comedic timing, as Mo and Dale, the Desperado Detectives, uncover small-town secrets. It's hard to top the late Michal Friedman's award-winning rendition of Mo LoBeau in THREE TIMES LUCKY, but Fortgang makes a strong effort. Listeners will be won over by Southern charm and eccentricity. L.T. © AudioFile 2014, Portland, Maine [Published: APRIL 2014]