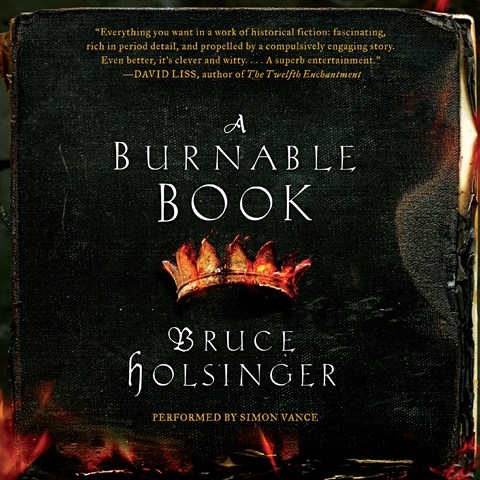 Narrator Simon Vance gives a mesmerizing performance of Holsinger’s intriguing story about a book that has the potential to set fourteenth-century London ablaze with its prophecies of the deaths of the kings of England, including the current king, the young Richard II. Both Holsinger and Vance have clearly done their research. The book itself is chock-full of fascinating details that make the history and the setting come vividly to life. That vibrancy is enhanced by the variety of voices Vance employs, and the specificity and diversity of moods he’s able to create with his vocal expressions. Fans of historical mysteries won’t want to miss this blend of great story and great narration. J.L.K. © AudioFile 2014, Portland, Maine [Published: MAY 2014]