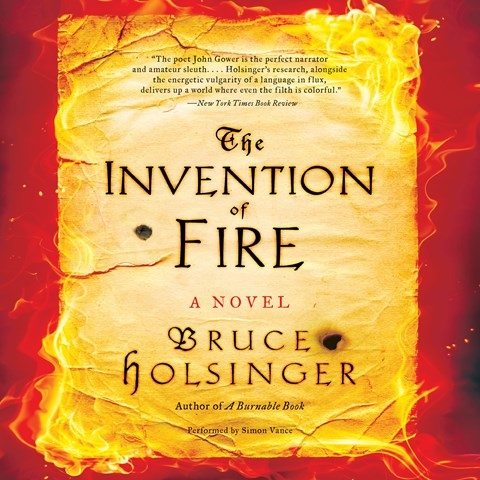 Simon Vance narrates Holsinger's second mystery, a convoluted story of the birth of the handgun in late 1300s London. Who is making the handguns and for whom, and are they for use against the Crown, the French, or the English? Private investigator John Gower is hired to find out who murdered 16 men with handguns and tossed them into a privy ditch. Intertwined with the murder investigation is the story of the actual invention of handguns. Switching between upper- and lower-class British and French accents, Vance follows Gower, who is helped by Geoffrey Chaucer, as he ferrets out the truth about the guns. Vivid descriptions of London, poverty, punishments, and guild work are interspersed with the murder investigation. M.B.K. © AudioFile 2015, Portland, Maine [Published: JUNE 2015]