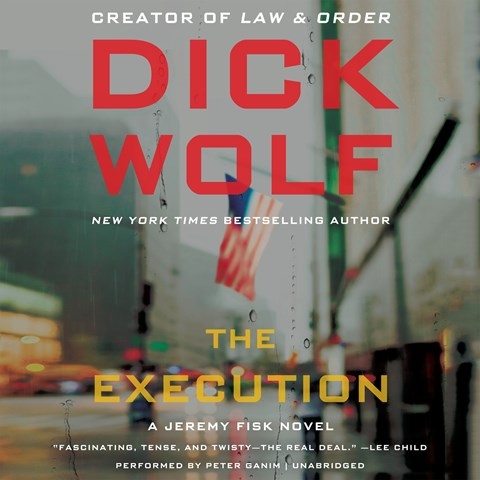 The second book in the Jeremy Fisk series by TV producer Dick Wolf ("Law & Order," among other series) picks up right after the first. Fisk, a detective in the New York City Intelligence Division, scrambles to head off a terrorist attack while grieving over the loss of his partner and lover in the previous book. Peter Ganim returns to narrate this sequel, moving the story along evenly with a steady, consistent narration. While his delivery is weakened slightly by occasional lapses in emphasis and pacing, his strong baritone fits well with the story. His voices for the Mexican characters work well without suggesting stereotypes, and he makes effective use of lighter tones for female characters. M.L.R. © AudioFile 2014, Portland, Maine [Published: FEBRUARY 2014]