Home»Reviews»A JOURNEY TO THE CENTER OF THE EARTH 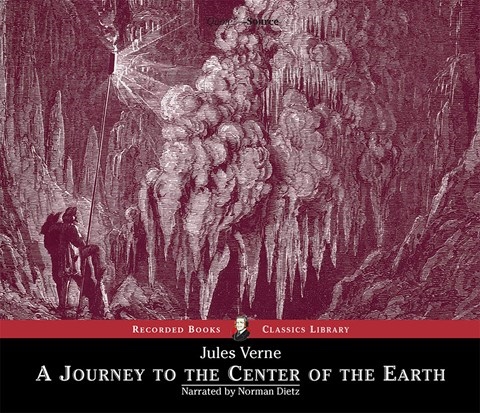 A JOURNEY TO THE CENTER OF THE EARTH

Norman Dietz sounds as if he’s having as much fun performing this novel as listeners will have hearing it. As the story’s first-person narrator, Axel, Dietz sounds appropriately incredulous as he tells the tale of his uncle, Professor Otto Lidenbrock. Dietz portrays Lidenbrock as an impatient, crazed man, incapable of focusing on more than one thing at a time. Lidenbrock is obsessed with an original runic manuscript that claims to reveal a passage to the center of the Earth. From chambers of combustible gases and a battle between prehistoric creatures to giant insects and a herd of mastodons, Dietz delivers a thrilling journey down into the depths of Jules Verne’s imagination. S.J.H. © AudioFile 2014, Portland, Maine [Published: MAY 2014]