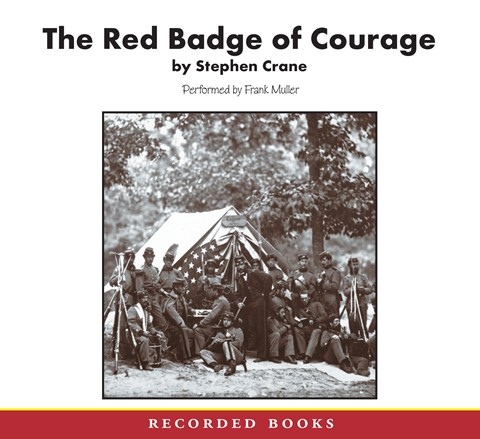 In this re-release of a well-known classic, Frank Muller creates a world made for audio. His performance lifts the words from the page and turns them into flesh-and-blood characters with aches and torments. Each accent fits the character, and each character sounds authentic. Union soldier Henry Fleming faces his first battle and runs away. Muller turns Henry’s shame at his act of cowardice into something as tangible as the “red badge” he longs for. Muller’s pacing is exceptional in battle sequences, and his quiet moments can be tender. Henry’s plight combined with Muller’s vocal artistry makes this utterly engrossing listening. S.J.H. SYNC 2014 © AudioFile 2014, Portland, Maine [Published: FEBRUARY 2014]