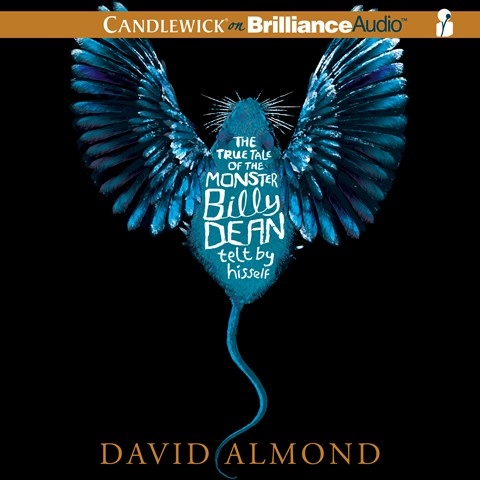 THE TRUE TALE OF THE MONSTER BILLY DEAN

It's often hard to remember how one viewed the world as a child, before the heavy curtain of adulthood fell upon young shoulders. Almond, in his northern English accent and deep, mature timbre, shapes the atmosphere he has created around his hero, Billy Dean, a hidden child kept shut away in a room until he's released into a world ravaged by war and terrorism. He is to be humanity's hope for a better future. In this first foray into YA fiction, Almond gives Billy's broken father booming, desperate tones that clash eerily with Billy's fresh, sweet voice, building tension along the way. The mundane and the extraordinary mesh in a haunting package that will resonate with listeners, leaving them disturbed and enlightened. E.E. © AudioFile 2014, Portland, Maine [Published: FEBRUARY 2014]