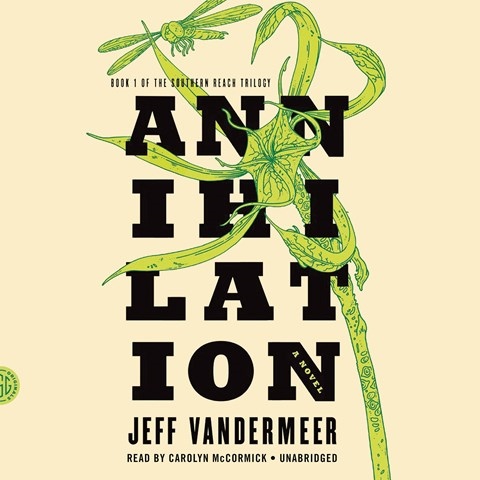 Area X is a stunning Eden where nature has reclaimed its hold in a crumbling human civilization. The only problem is that humans who attempt to explore it keep dying. Carolyn McCormick narrates increasingly disturbing events with an unwavering calm that makes the listening experience all the more chilling. The latest expedition in the series consists of four women known to us only by their professions; the story is told from the biologist's point of view. McCormick gives a haughty, deep voice to the psychologist, the leader of the group whose intentions may not be what they seem. Her arrogant tone contrasts nicely with the gritty and increasingly anxious tones of the surveyor as the group uncovers deadly secrets better left alone. E.E. © AudioFile 2014, Portland, Maine [Published: APRIL 2014]